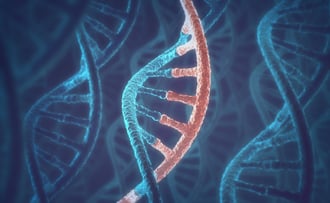 MicroRNAs, or miRNAs, are short strands of RNA that play important roles in gene regulation. In two recent studies, researchers supported by the National Institute on Alcohol Abuse and Alcoholism (NIAAA) identified two miRNAs that may help protect against alcohol-induced liver injury.

Paramananda Saikia, Ph.D., and colleagues at the Cleveland Clinic, in studies conducted in mice, demonstrated that levels of a specific miRNA called miR181b-3p decreased in Kupffer cells in response to ethanol treatment. Previous research has shown that increased inflammatory signaling by Kupffer cells contributes to alcohol-associated liver disease (AALD). Studies have suggested that the anti-inflammatory agent hyaluronic acid (HA35) could have protective effects on the liver during ethanol exposure, and in the present study, HA35 had an anti-inflammatory effect on Kupffer cells and prevented the decrease in miR181b-3p. These findings suggest that miR181b-3p may be part of an inflammatory-signaling pathway with therapeutic potential for the treatment of AALD.

In another study, Abhishek Satishchandran, M.D./Ph.D. Candidate, Gyongyi Szabo, M.D., Ph.D., and a team of researchers at the University of Massachusetts Medical School in Worcester observed a reduction of miR122 in the livers of people with AALD, as well as in alcohol-fed mice. The most abundant liver miRNA, miR122, has been implicated in controlling fatty acid and cholesterol metabolism. By increasing miR122 expression therapeutically in mice, the researchers were able to reduce alcohol-induced liver injury, whereas injections of molecules that block miR122 increased signs of liver damage. The researchers suggest that these miR122-related mechanisms could potentially be manipulated to reduce the severity of AALD in humans.