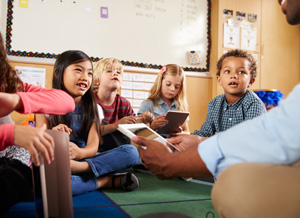 A study of more than 6,000 first-graders across 4 U.S. communities has found that a significant number of children have fetal alcohol spectrum disorders (FASD), with conservative rates ranging from 1 to 5 percent in community samples. The new findings represent more accurate prevalence estimates of FASD than prior research. Previous FASD estimates were based on smaller study populations and did not reflect the overall U.S. population.

The term FASD represents a range of health effects caused by prenatal alcohol exposure. Individuals with FASD may experience growth deficiencies, facial abnormalities, and organ damage, including to the brain. The effects of prenatal alcohol exposure on the brain can result in deficits that contribute to physical, cognitive, behavioral, and social challenges throughout life.

“Prenatal alcohol exposure is a leading preventable cause of developmental disabilities worldwide,” says George F. Koob, Ph.D., Director of the National Institute on Alcohol Abuse and Alcoholism (NIAAA). “Estimating the prevalence of FASD in the United States has been complex due to the challenges in identifying prenatally exposed children. The findings of this study confirm that FASD is a significant public health problem, and strategies to expand screening, diagnosis, prevention, and treatment are needed to address it.”

The study was conducted by the Collaboration on FASD Prevalence (CoFASP) consortium, which studies the prevalence of FASD among U.S. schoolchildren. Before the study began, consortium members established standardized classification criteria for FASD based on facial features, growth, and neurodevelopmental performance. The findings from the study, which was led by Philip May, Ph.D., of the University of North Carolina at Chapel Hill’s Nutrition Research Institute in Kannapolis, and Christina Chambers, Ph.D., of the University of California San Diego School of Medicine, were reported in JAMA in February.

Researchers collected data between 2010 and 2016 on 6,639 children in 4 communities from the U.S. Midwest, Rocky Mountain, Southeast, and Pacific Southwest regions. The sites were selected to be more reflective of U.S. community populations than previous studies. At each site, first-graders in public and private schools were recruited across two academic years and evaluated based on the FASD criteria. Prenatal alcohol exposure was assessed by interviewing mothers or other close relatives.

The researchers found that the prevalence estimates for FASD among the selected sites ranged from 1.1 to 5 percent. This was the most conservative estimate and assumed no additional cases of FASD would be found in first-graders who did not participate in the study. When the researchers used a “weighted prevalence,” an estimate that accounts for those who were eligible but did not participate in the study, the estimated prevalence of FASD was higher—ranging from 3.1 to 9.8 percent among the study sites. Of the 222 children diagnosed with FASD in the study, only 2 had been previously diagnosed with FASD, although many parents and guardians were aware of the children’s learning and behavioral challenges. This finding suggests that children with FASD often go undiagnosed or misdiagnosed.

“We believe our study is the first to use school-based assessments, a common methodology and classification system, and expert in-person evaluations for the full range of FASD on many children from communities across the United States,” says Dr. May.

“This comprehensive approach should reflect estimates that more closely resemble the prevalence of FASD in the United States, and further highlights the public health burden of FASD,” adds Dr. Chambers.

Estimating the prevalence of FASD is challenging, in part, because FASD can be difficult to distinguish from other developmental disorders that share certain learning and behavioral deficits. Also, individuals can have FASD without the hallmark facial features of fetal alcohol syndrome.

Most previous studies of FASD prevalence in the United States have been conducted using surveillance or clinic-based studies, which misses undiagnosed cases of FASD and leads to underestimates. Studies have also been conducted among high-risk populations, which results in prevalence rates that cannot be generalized to the population as a whole.

The previously accepted FASD estimate of 1 percent of U.S. children resulted from clinic-based studies and studies of single communities, which assessed small samples among selected populations.

“Because of the hidden nature of the disabilities, some have continued to believe that FASD is a rare disorder, or they question its prevalence,” says Tom Donaldson, President of the National Organization on Fetal Alcohol Syndrome (NOFAS).

“I would say this research truly once and for all firmly established the magnitude of FASD. It’s now really time for us to push forward and make this study the catalyst for change and progress.”

Soon after the findings were published in JAMA, the lead study authors, NIAAA experts, and FASD advocates came together to discuss the significance of the study. A recording of the teleconference is available at:
https://www.niaaa.nih.gov/news-events/news-noteworthy/teleconference-prevalence-fetal-alcohol-spectrum-disorders-among-us.