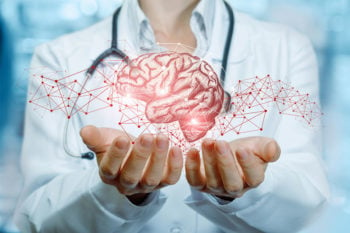 Research suggests that long-term alcohol exposure leads to inflammation and damage to tissue in the brain and other organs—and inflammation could also potentially be involved in alcohol use disorder (AUD). A recently published mouse study supported by the National Institute on Alcohol Abuse and Alcoholism (NIAAA) suggests a mechanism that contributes to this process: the migration and recruitment of blood-circulating immune cells to the brain. The study also shows that blocking one step along this pathway reduces this immune cell recruitment—opening a door to a potential therapeutic target for reducing inflammation-related damage in the brain.

Previous research suggests that immune cells from the body can infiltrate the brain following long-term alcohol exposure. The immune cells in question—monocytes—can wreak havoc if they are recruited to an organ such as the brain or liver. In the brain, monocytes transform into a type of immune cell called macrophages, which can play a role in kicking off a chain reaction of inflammation and tissue damage.

In the current study, the researchers found that feeding mice alcohol over the course of 6 weeks increased the number of macrophages in the brain. Once in the brain, macrophages contribute to signs of brain injury, such as the activation of brain-specific immune cells known as microglia, and the release of cytokines (a cell-signaling molecule). This increase in macrophages was particularly noticeable in the hippocampus (compared to the cerebellum or cortex).

The researchers then tested whether they could reduce neuroinflammation after chronic alcohol use by blocking the CCR2-CCR5 pathway via administration of a drug called cenicriviroc (CVC). Previous research suggested that the CCR2/CCR5 pathway is involved in monocyte recruitment to tissues like the brain following long-term alcohol exposure. For example, there is evidence that alcohol exposure ramps up the amount of the protein—CCL2—that binds to the CCR2 receptor protein and promotes the recruitment of monocytes. The researchers showed that CVC is effective in reducing the recruitment of monocytes to the brain after long-term alcohol exposure. CVC also decreased certain signs of alcohol-induced brain inflammation. This finding complements results of ongoing research with CVC aimed at reducing inflammation in the liver, suggesting CVC could reduce inflammatory damage in multiple organ systems.

Taken together, this research reveals a potential molecular target to curb brain and liver inflammation due to long-term alcohol consumption, such as in individuals with AUD and alcohol-associated liver disease.