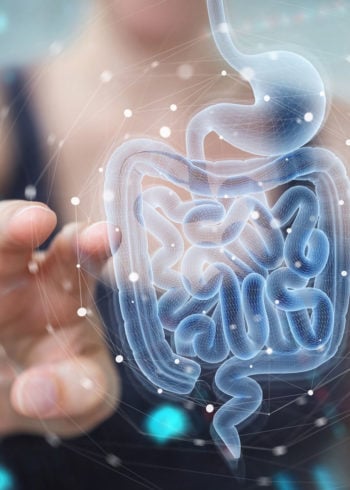 Chronic heavy drinking, a common symptom of alcohol use disorder (AUD), has been linked to changes in the levels and types of beneficial bacteria in the gut, known as the gut microbiome. Changes in the gut microbiome, often termed microbial dysbiosis, can lead to further downstream health problems such as liver disease, inflammation, and malnutrition. Now a recent study supported by the National Institute on Alcohol Abuse and Alcoholism (NIAAA) and the National Institutes of Health (NIH) Clinical Center reports that the gut microbiome of people with AUD can recover during abstinence, thereby increasing the benefits of stopping or reducing drinking.

This study focused on changes in the gut microbiome in currently drinking AUD patients who stopped drinking either in the days before admission or at the onset of inpatient treatment, which can be a first step in longer-term recovery. The study involved 22 adults with AUD who were enrolled in an alcohol treatment program at NIH. The newly abstinent participants were grouped as either “less heavy” (consumed fewer than 10 drinks per day during the past 90 days) or “very heavy” (consumed 10 or more drinks per day during the past 90 days). For up to 4 weeks, the researchers repeatedly collected stool samples, dietary intake data, gastrointestinal assessment scores, and mental health status reports from the participants.

To gain a comprehensive picture of changes to the gut microbiome, which in most people is a diverse assemblage of many thousands of bacterial species, the team used a technique known as 16S rRNA gene sequencing to analyze the microbial composition of participants’ stool specimens. The researchers looked at microbial abundance, diversity, and changes in the microbiome over time, and compared differences between the lighter- and heavier-drinking participants.