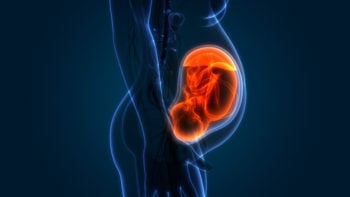 Fetal alcohol spectrum disorders (FASD) are the broad range of neurodevelopmental and physical effects that result from prenatal exposure to alcohol. People with FASD may have facial abnormalities and growth impairments, but the most profound effects are cognitive and behavioral deficits. These deficits can contribute to lifelong learning disabilities, poor social skills, and other problems that impact daily functioning (e.g., living independently or holding a job), as well as overall health and well-being. A significant public health problem, FASD affect an estimated 1 to 5 percent of first-grade children in the United States, according to a 2018 study supported by the National Institute on Alcohol Abuse and Alcoholism (NIAAA) that was conducted by the Collaboration on Fetal Alcohol Spectrum Disorders Prevalence (CoFASP) and published in the Journal of the American Medical Association.

“Research on FASD is a priority for NIAAA, and for many years we’ve supported studies to understand how alcohol disrupts prenatal development and how FASD can be prevented, diagnosed, and treated,” says NIAAA Director George F. Koob, Ph.D. “Basic, translational, and clinical research are providing valuable insight into the mechanisms that underlie the learning deficits and health problems associated with FASD, thereby shedding light on potential intervention strategies.”

For example, in a recent study led by Wolfram Goessling, M.D., Ph.D., and Olivia Weeks at Harvard Medical School, researchers reported a connection between prenatal alcohol exposure and metabolic disorders in adults. Their analyses of a patient database at a large academic health system found that adults with FASD had an increased incidence of type 2 diabetes, lower HDL (“good”) cholesterol levels, and elevated triglyceride levels compared to those without FASD. Low HDL cholesterol and elevated triglyceride levels are associated with increased risks of stroke and heart attack.

The researchers also investigated the relationships between metabolic dysfunction and prenatal alcohol exposure using a zebrafish model of FASD. When they examined alcohol-exposed zebrafish at adulthood, they found that a high-fat, high-cholesterol diet resulted in obesity and high glucose levels in male but not female zebrafish. High blood glucose is an indicator of diabetes in humans. The researchers also found an association between increased abdominal fat and abnormal liver development in the adult alcohol-exposed zebrafish, suggesting that the molecular mechanism for such alcohol-related pathology is a highly conserved in zebrafish and an evolutionarily basic component of physiology.

Given that alcohol is frequently used with other substances, NIAAA-supported scientists are investigating the combined effects of prenatal exposure to alcohol and substances such as tobacco. As part of the multisite Prenatal Alcohol in SIDS and Stillbirth (PASS) Network, investigators from the United States and South Africa recently reported that children born to mothers who both drank and smoked beyond the first trimester of pregnancy have a twelvefold increased risk for sudden infant death syndrome (SIDS)—the sudden, unexplained death of an infant younger than 1 year—compared to those who were unexposed or only exposed in the first trimester of pregnancy. Dual exposure to alcohol and tobacco was associated with substantially higher risk than exposure to either substance alone, suggesting that combined exposures to alcohol and tobacco have a synergistic effect on SIDS risk.

In another recent NIAAA-supported study, Kazue Hashimoto-Torii, Ph.D., of the Children’s National Research Institute in Washington, D.C., and colleagues investigated the molecular mechanisms that contribute to the motor deficits associated with prenatal alcohol exposure. Previously, the researchers showed that prenatal alcohol exposure was associated with differences in expression of nearly 100 genes. More recently, they focused on the increased expression of a gene, known as Kcnn2, which encodes a protein involved in regulating neuron activity in brain systems associated with learning1 in the motor area of the cerebral cortex in a mouse model of FASD. The researchers demonstrated that increased Kcnn2 expression correlated with deficits in motor skill learning caused by prenatal alcohol exposure. They also observed improvements in these learning deficits when a drug was administered to inhibit activity of Kcnn2, suggesting that Kcnn2 inhibitors may be a potential pharmacological intervention for certain learning disabilities in FASD.

NIAAA-supported clinical research is also focused on developing interventions to mitigate the adverse effects of prenatal alcohol exposure. Researchers at the University of Minnesota and colleagues have been investigating whether supplementing the diet with choline during early childhood brain development could improve memory and executive function in children with FASD. Choline is an essential nutrient with a key role in myelination2 and is known to impact brain development and cognition. In a previous study led by Jeffrey Wozniak, Ph.D., the researchers showed that choline supplementation is feasible and tolerable with minimal side effects among 2- to 5-year-old children who were prenatally exposed to alcohol. In their recently published, 4-year follow-up study on the choline recipients, researchers report that children who received choline had better nonverbal intelligence, visual-spatial skills, and working and verbal memory, as well as fewer symptoms of negative behavior compared to the children who did not receive choline. It is important to note that these effects were evident years after choline administration had ended, suggesting that developmental trajectories had been altered.

“Prenatal alcohol exposure contributes to an array of lifelong physical, cognitive, and behavioral problems,” says Dr. Koob. “These detrimental effects highlight the need for strategies to improve FASD prevention, screening, diagnosis, and treatment. NIAAA’s recent efforts towards the development of a consensus FASD overarching research classification system could accelerate progress in these areas.”

2Myelination is the formation of an insulating layer or sheath around neurons that allows electrical impulses to transmit quickly and efficiently.

This article first appeared in the Fall 2020 issue of NIAAA Spectrum.