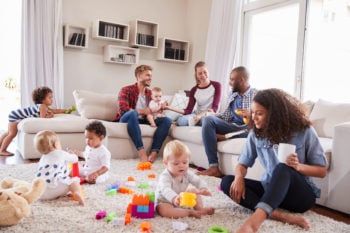 NIAAA-funded scientists report that early life dietary choline supplements improve some of the cognitive and behavioral symptoms associated with fetal alcohol spectrum disorders (FASD) four years after treatment ended. The results of this study suggest that choline treatment during an important time window during early childhood can alter brain development in a way that produces lasting therapeutic behavioral effects for children with FASD. The findings are published in the Journal of Neurodevelopmental Disorders.

Previous research has shown that giving pregnant women choline supplements can improve FASD outcomes for their children after birth. However, this study shows long term beneficial effects of a post-birth nutritional intervention for children with FASD. This study provides key information about the timing of choline treatment necessary to achieve long-term neurodevelopmental benefits on FASD.

Choline is an essential nutrient that supports healthy development, particularly of the nervous system. Preclinical animal model studies provided a scientific basis for testing choline as a treatment for individuals with FASD. In animals, deficits in memory tasks due to prenatal alcohol exposure are tied to a region of the brain called the hippocampus; choline can also improve hippocampal function and associated memory and learning deficits.

The present study is a follow-up to a phase I, double blind, placebo-controlled clinical trial done by the same research group. For nine months, the researchers gave dietary supplements of either 500 mg choline or placebo to 60 children aged 2.5 to 5 years old who had been diagnosed with FASD. This trial showed that choline treatment was feasible and tolerable in children, and that side effects were minimal.

The current study complements and builds on these results, following up with 33 of the children from the clinical trial four years later. Importantly, the present report reveals a robust effect on cognition four years after the treatment ended, suggesting that development of the brain had effectively been altered by choline, leading to lasting effects. Children given choline supplements tended to have better non-verbal intelligence, visual-spatial skills, working and verbal memory, and behavioral symptoms than those who were given the placebo.