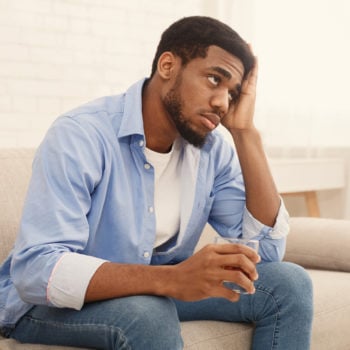 The relationship between alcohol and pain is a complicated one. It is a common belief that alcohol dulls pain, yet research shows that sometimes alcohol can make pain worse.

Understanding the complex relationship between alcohol and pain is an important area of research for the National Institute on Alcohol Abuse and Alcoholism (NIAAA). In 2016, about 20 percent of adults (50 million people) in the United States had chronic pain, defined as pain most days in the previous 6 months. Recent studies suggest that around 1 in 4 adults in chronic pain reports self-medicating with alcohol, and 43–73 percent of people with alcohol use disorder (AUD) report experiencing chronic pain. An improved understanding of the effects of alcohol on pain, the role of pain in alcohol misuse, and potential interactions between alcohol and opioids during pain treatment hopefully will improve treatment outcomes for patients in pain.

Alcohol has been found to alleviate physical pain, but it requires doses consistent with binge drinking to do so. Binge drinking is defined as drinking enough to bring blood alcohol concentration (BAC) levels to 0.08 percent, which typically occurs after 4 drinks for women and 5 drinks for men in about 2 hours. A recent analysis of the findings from 18 studies on alcohol and pain concluded that a BAC of 0.08 percent produces a small increase in pain threshold and a reduction in pain intensity. These findings could help explain why some people with chronic pain drink excessively. Unfortunately, reaching BAC levels this high also is associated with unintentional injuries, violence, traffic fatalities, and other consequences. And long-term excessive drinking makes physical pain worse. In a group of 30 men in treatment for AUD, sensitivity to pain increased early in abstinence.

People also sometimes use alcohol in an effort to cope with emotional pain. Unfortunately, as with physical pain, the temporary reprieve alcohol might offer gives way to an increase in emotional pain when the alcohol wears off. Chronic alcohol misuse can lead to the emergence of a negative emotional state, known as hyperkatifeia, in between episodes of drinking. The resulting irritability, dysphoria, and anxiety fuel further alcohol use. As with physical pain, drinking alcohol to cope with emotional pain makes the situation worse. (For more information, see see this story in NIAAA Spectrum “Alcohol and ‘Deaths of Despair.’”)

Opioid analgesics commonly are prescribed to treat physical pain and often are misused to cope with emotional pain. Used separately, alcohol and opioids can cause overdose deaths by suppressing areas in the brain stem that control breathing. Using alcohol and opioids together amplifies the danger. Research suggests that alcohol plays a role in around 1 in 5 deaths from opioid overdoses.

Because the mechanisms by which alcohol and opioids reduce physical and emotional pain overlap, regular use of one drug diminishes the effects of the other. For instance, when researchers examined opioid pain medication use after abdominal surgery in more than 4,000 patients, they found that frequent alcohol consumption was associated with increased opioid use for pain control. Similarly, in rats allowed to drink alcohol for 8 weeks, opioids became less effective at reducing physical pain. Withdrawal from opioids, like withdrawal from alcohol, leads to the emotional misery of hyperkatifeia.

As part of the National Institutes of Health Helping to End Addiction Long-Term (HEAL) initiative, NIAAA is encouraging studies to develop and validate biomarkers of comorbid alcohol misuse and chronic pain and that address alcohol misuse in the context of chronic pain management. NIAAA also encourages research on the impact of alcohol and sleep disturbances on pain through a new funding opportunity (PA-19-200). These efforts, among others, should shed light on how alcohol affects pain and vice versa and could have implications for both treating AUD and managing chronic pain.