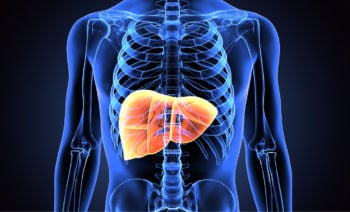 Breakthroughs in neuroscience have firmly established our understanding of alcohol use disorder (AUD) as a chronic brain disease. But when it comes to the adverse health effects of alcohol, the brain is not the only game in town.

Drinking too much—on a single occasion or over time—can take a serious toll on just about every organ in the body. The liver is perhaps the most familiar of the nonbrain targets of alcohol-related harm. As the chief organ responsible for metabolizing alcohol, the liver is especially vulnerable to alcohol-related injury. In the United States, nearly half of liver disease deaths involve alcohol.

“Alcohol-associated liver disease [AALD] comprises a broad spectrum of illnesses varying in severity,” says Kathy Jung, Ph.D., Director of the Division of Metabolism and Health Effects (DMHE), National Institute on Alcohol Abuse and Alcoholism (NIAAA). “Some of the more well-known forms of AALD are fatty liver, cirrhosis, and liver cancer. A particularly severe form of AALD is alcoholic hepatitis [AH].”

AH is a severe, sudden-onset form of AALD with high mortality—from 30 percent to 50 percent within 3 months of diagnosis. Treatment with prednisolone, a steroid medication, has been the standard of care for AH for about 40 years. Prednisolone has limited efficacy and many side effects, but no other pharmacological treatment has consistently shown long-term survival benefit for people with AH.

To stimulate translational and clinical research into the causes of and cures for AH, NIAAA funded four AH research consortia in 2012. Research objectives of the consortia included:

“From 2012–2017, the AH research consortia collaborated to draft standard definitions for the condition, and to develop common data elements for clinical trials,” explains Svetlana Radaeva, Ph.D., the DMHE Program Director for Alcohol-Associated Liver Disease—Mechanism and Treatment, who provided programmatic oversight of the consortia. Common data elements in this context constitute a set of standardized approaches and vocabulary for use by hepatologists in the diagnosis of AH. Dr. Radaeva says that eliminating ambiguity about AH definitions and diagnostic criteria should speed up shared advances in the field.

Dr. Radaeva and the consortia investigators also worked with scientists from the U.S. Food and Drug Administration (FDA) to standardize AH terminology definitions, data collection, and clinical trial end points. This standardization ensures that clinical trial results will be adequate for regulatory evaluation of AH pharmacotherapies. In March 2018, these efforts led NIAAA and the FDA, in partnership with the American Association for the Study of Liver Diseases, to cohost the public workshop “Clinical Trial Design and Endpoints for Alcoholic Hepatitis and Other Alcohol-Associated Liver Diseases.”

To enhance synergies and reduce redundancies in the burgeoning AH clinical research environment, NIAAA Director George F. Koob, Ph.D., recommended that the four AH research consortia be consolidated into a single network. In September 2018, the NIAAA Alcoholic Hepatitis Clinical and Translational Network was formed by funding eight sites that will conduct a common phase II clinical trial along with studies aimed at increasing our understanding of AH pathogenesis and developing new treatment and management approaches for AH.

“This Network will bring enhanced research coordination across the AH field and has the enormous potential of leading to new effective treatment options for people with alcoholic hepatitis,” says Dr. Koob.

AALD – A Spectrum of Liver Disease

It’s important to remember that alcoholic hepatitis is one form (albeit a particularly severe form) of alcohol-associated liver disease (AALD), which comprises a broad spectrum of liver diseases. The multiple forms of AALD occur in no predictable sequence and include:

Alcoholic steatohepatitis: Liver inflammation caused by continued drinking and characterized by fat accumulation in liver cells, infiltration of the liver by infection-fighting white blood cells, and damage to liver cells.

Cirrhosis: The most severe form of fibrosis characterized by scarring of the liver. Cirrhosis increases risk of AALD complications such as abdominal fluid accumulation, bleeding in the gastrointestinal tract, loss of brain function, kidney failure, and bacterial infection.

Hepatocellular carcinoma: Malignant liver cancer that develops in about 10 percent of patients with alcoholic cirrhosis.