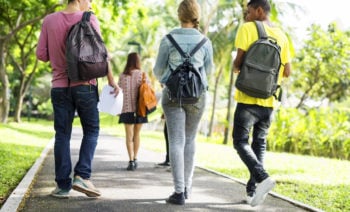 Epidemiological data from the 2018 Monitoring the Future (MTF) survey, funded by the National Institute on Drug Abuse, indicate that underage drinking among 8th, 10th, and 12th graders has declined by half, on average, over the past 2 decades (see the By the Numbers story “Underage Drinking in the United States, 1998-2018“). Although these declines are encouraging, alcohol remains the most widely used substance among U.S. youth. In 2018, about 8 percent of 8th graders, 19 percent of 10th graders, and 30 percent of 12th graders drank alcohol in the past month. According to the National Survey on Drug Use and Health, nearly 443,000 adolescents ages 12-17 had AUD in 2017. Underage binge drinking and high-intensity drinking in college settings are also a concern. (For more information, see the Noteworthy story “NIAAA Holds Working Group Meeting on High-Intensity Drinking.”)

So, what can be done to prevent or reduce underage drinking or catch problem drinking early on? And what have we learned about how alcohol use impacts the developing brain?

Advancing research on the development, evaluation, and implementation of underage drinking interventions and translating the findings into resources to prevent and reduce underage alcohol use have long been priorities of the National Institute on Alcohol and Alcoholism (NIAAA). A number of evidence-based interventions that target underage drinking are available but are underutilized. Such interventions can be delivered at the individual, family, school, community, and policy levels. For example, a recent NIAAA-supported study demonstrated that a combined individual- and community-level intervention effectively reduced underage drinking among Native American youth ages 13–20 living on rural California reservations. It is important to note that not all available underage drinking interventions are effective for all populations of youth or in all environmental contexts, emphasizing the need for a greater repertoire of developmentally and culturally appropriate preventive interventions. A current NIAAA-supported study is evaluating the efficacy of a “toolbox” of interventions, which are based on local cultural practices, in reducing AUD and related suicide among rural Yup’ik Alaska Native youth.

NIAAA also supports research to encourage the implementation and uptake of alcohol screening and brief intervention (SBI) among youth. A growing body of evidence shows that alcohol SBI in primary care can effectively identify youth who have or are at risk for alcohol problems, as has been demonstrated for adults.

In 2011, NIAAA created “Alcohol Screening and Brief Intervention for Youth: A Practitioner’s Guide,” a 2-item screening guide that helps clinicians quickly identify 9- to 18-year-olds who are at risk for alcohol use, are using alcohol, or have AUD—and to intervene as appropriate. Previous studies have shown that the NIAAA youth screening guide is an effective tool in a variety of settings, including in primary care and pediatric emergency departments, among youth who have a chronic health condition, and in schools. Most recently, a new study in primary care clinics serving racially and ethnically diverse patients validated the Guide’s utility in appropriately identifying youth ages 12–17 who are at risk for AUD.

Through effective alcohol SBI, healthcare providers can detect and treat alcohol problems early. This is an important step, because heavy alcohol use during adolescence may result in long-lasting functional and structural changes in the brain. Recent findings from NIAAA’s National Consortium on Alcohol and Neurodevelopment in Adolescence (NCANDA), a longitudinal study of brain structure and function in approximately 800 youth, show that adolescents who initiated heavy alcohol use during the study experienced faster declines in brain gray matter volume and slower expansion of brain white matter relative to those who initiated no or low alcohol consumption during the same time. These changes may reflect irregularities in the developing brain’s normal processes of “pruning” infrequently used synapses and enhancing brain connectivity, respectively. NCANDA researchers also found that youth with a history of alcohol use exhibited weakened connections between brain networks involved in the regulation of emotional and cognitive functioning.

Learning more about the health effects of underage drinking and understanding how to effectively deter adolescents from alcohol use, as well as how to treat those who have already developed alcohol-related problems, continue to be key NIAAA research priorities. For more information about underage drinking, please access the following NIAAA resources:

Note: NIAAA defines binge drinking as a pattern of drinking that increases a person’s blood alcohol concentration (BAC) to .08 g/dL (the legal driving limit for adults) or higher. This typically occurs after 4 drinks for women or 5 drinks for men in about 2 hours. Research suggests that youth reach this BAC with fewer drinks than adults.

Substance Abuse and Mental Health Services Administration, Center for Behavioral Health Statistics and Quality. Results From the 2017 National Survey on Drug Use and Health: Detailed Tables. Table 5.5A—Alcohol Use Disorder in Past Year among Persons Aged 12 or Older, by Age Group and Demographic Characteristics: Numbers in Thousands, 2016 and 2017. https://www.samhsa.gov/data/sites/default/files/cbhsq-reports/NSDUHDetailedTabs2017/NSDUHDetailedTabs2017.htm#tab5-5A. Accessed January 11, 2019.