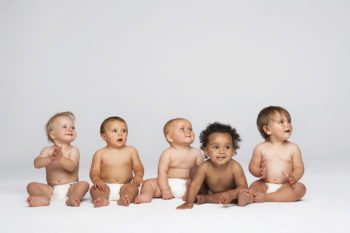 A study done in conjunction with the Collaborative Initiative on Fetal Alcohol Spectrum Disorders (CIFASD), which is supported by the National Institute on Alcohol Abuse and Alcoholism, reports that disruptions in levels of certain immune system molecules during pregnancy can alter the risk for fetal alcohol spectrum disorders (FASD).

The effects of alcohol consumption on the immune system are well-documented. For example, chronic alcohol consumption has been shown to significantly increase levels of pro-inflammatory cytokines during pregnancy. Cytokines are small proteins that act as messengers between the immune system and the rest of the body. Some can promote and others can dampen inflammation, as well as regulate myriad other aspects of immune responses. Cytokines also have a broad range of functions outside the immune system, including roles that are important for the development and function of the brain. However, animal studies have shown that excessive levels of certain cytokines can pose harm to the fetal central nervous system.

Maternal immune activation and elevated cytokines during pregnancy have been linked to disorders such as autism and schizophrenia in offspring, and research has shown that alcohol misuse increases levels of numerous immune cytokines. In the new CIFASD study, researchers investigated whether elevated cytokines during pregnancy were a risk factor in women who gave birth to a child with FASD or a child with neurobehavioral impairment. A report of the study, led by Christina Chambers, Ph.D., of the University of California San Diego, and senior author Carl L. Keen, Ph.D., of the University of California Davis, appears in the May 2018 issue of Alcohol.

The investigators recruited women who reported “moderate to heavy” alcohol use during pregnancy, as well as women who reported low or no alcohol use during pregnancy. The women provided blood samples during the second and third trimesters of pregnancy that were used to measure cytokine levels. Infants born to women in the study were examined during the first year after birth for neurodevelopmental and physical features of FASD.

Researchers found that maternal alcohol consumption was associated with an increase in cytokine levels during pregnancy. However, subjects who did not have elevated levels of a specific anti-inflammatory cytokine known as interleukin 10 in the third trimester had an elevated risk of having a child with an FASD. The findings suggest that disrupting the levels of pro- and anti-inflammatory cytokines could adversely affect neurobehavioral development and influence the risk of FASD.